No, Greta is not the Antichrist

I have been a reader email was sent to me where the writer wonders whether the 16-year-old environmental activist Greta Thunberg is the Antichrist. 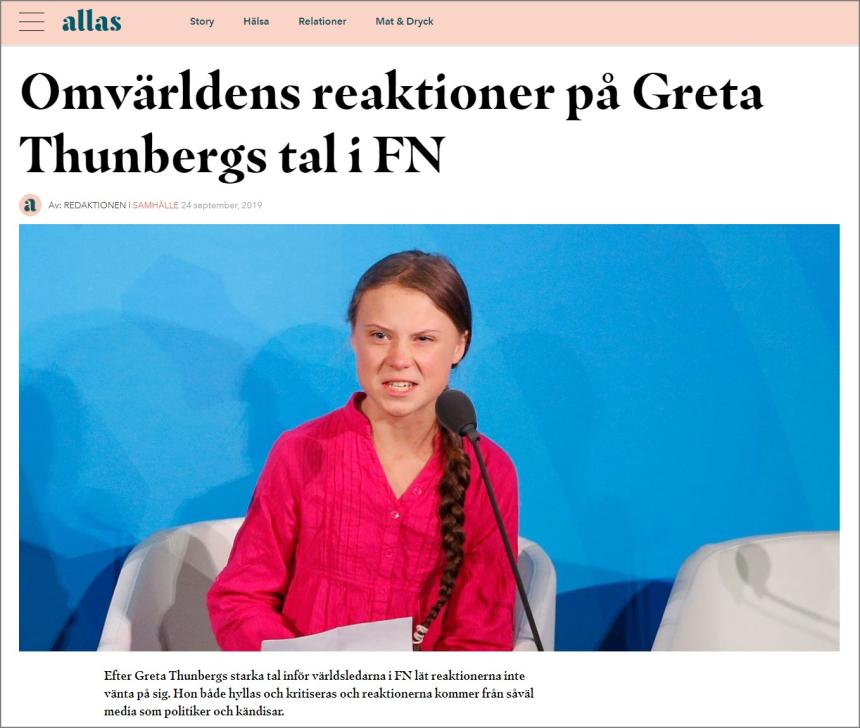 I have been a reader email was sent to me where the writer wonders whether the 16-year-old environmental activist Greta Thunberg is the Antichrist. To that question I can answer immediately:

"No, Greta Thunberg is not the Antichrist."

Greta is a woman. The Bible says that the Antichrist is a man, so the speculation falls immediately. It is not consistent with the Bible.

2 Thes 2: 3 . Let no one deceive you in any way. For that day will not, unless the waste has already been made, and the man of sin, perdition son [ie a man], have been revealed.

One should not criticize

Of course I publish no reader email. Besides mejlets content is unscriptural, I would also be lynched. And the last thing is strange. It is apparently not to criticize the Greta Thunberg.

I read that a football coach who said stupid things to her now get  fired . Sure, it was inappropriate language, but you understand what I mean. Previously, I have seen a clip from American television, I believe it was, where it criticized the 16-year-old girl who was immediately told off by another man with the words:

"How dare you criticize a child, you are the grown man ?!"

She is not only a child, but she also has three diagnoses, which I have previously read on Wikipedia , but now it just says that she had a "severe depression and experienced feelings of futility," and her 2018 decided "in order to instead of falling back into depression, go into action. "

If you criticize Greta can be accused of criticizing a sick child. In this way it has stopped all forms of criticism against the movement around Greta Thunberg.

Of course it is not she who has done that she has become so well known, but it is bokomliggande forces and economic interests.

I do not criticize Greta, she is a child - and a precious human being - who need Jesus Christ. What I affected badly by the underlying interests and forces. The first time I saw Greta Thunberg, I was immediately upset.

Then Greta does not become so large and yet I reacted so. It is strange that all media are behind and match up to her. And for that reason should each understand that there is something amiss.

Even my 13 year old daughter, who is Greta on Instagram , thought her UN speech was fake , and she told me quite spontaneously to me before I had time to say anything.

So those behind Greta Thunberg was smart when they have sent her out because you just can not criticize a sick child!

And she was on top of everything to get the Nobel Peace Prize should, most understand that it is fake. Previously vice president and climate activist Al Gore, received the award for a documentary he made. I have read that the predictions in his film are lies and not come true .

In situations like this you say that you only have ten years in which to save the planet. The same says Greta and other children her former have said the same thing. And it was for about  20 - 30 years ago !

Earth will not go under

Earth will not go over ten years - not 20 or 30 years. So all the prophets of doom that comes with such messages are bogus. First, Jesus must come back, and he will return to Jerusalem on this earth!

If the soil has gone under, then the Jesus no land to return to. Therefore, we understand that this kind of doomsday prophecies are false.

But after Jesus has reigned on earth for a thousand years after his return, then it will be a new heaven and a new earth! But there will be no destruction - it will be a rebirth.

Someone has even written in the Church magazine to Greta Thunberg is a prophet . No, she's not a prophet. If she would still be a prophet - then he is a false one. A prophet prophesies of hope in Jesus Christ and not such a message as Greta dost who are without hope and salvation.

Proverbs 23:18: Surely you as a future, and your hope will not be for naught.

Jeremiah 29: 1: I know the plans I have for you, says the Lord, thoughts of peace and not of evil, to give you a future and a hope.

Proverbs 24:14: So is knowledge and wisdom for your soul. If you find them, you have a future, and your hope will not be for naught.

Jeremiah 31: 1: There is hope for your future, says the Lord. Your children shall return to their country.

No, Greta is not the Antichrist

But the climate movement has become a religion. I found a video on YouTube entitled: " Green Revival | The new climate religion ". Lars Bern Swebb television call even Greta Thunberg's climate motion for a doomsday cult . In sects, we know that people are bound and the downtrodden, but in Jesus Christ, people are set free.

If we go back to the beginning of this article, of course, is not Greta Thunberg Antichrist. There, reading emails printer too much. In the email he lifts such as up to Greta last name is 666 and that the color is like Islamic green.

Distortion of the Order meanings

I would also mention about how to give the word a different meaning. Sometimes I read that Greta "education strike" when there has been a question of the school strike. For how could she strike school in another country, such as the United States?

Or call it the "strike" or "climate strike". It is not a question of a few strikes, but demonstrations and propaganda. You should call things for what it is. But in this way they sow the ideas and concepts in people's minds to influence them in a certain direction.

Ask Greta Thunberg and pray for all the other people who have no hope. Pray that evangelists and other servants of the Lord will send to them so that they hear the glorious message of the Lord Jesus Christ so that they accept him and be saved!

Matthew 9:38 . Therefore pray the Lord to send out workers into his harvest.

I also read somewhere that a Christian representative, I believe it was a priest, said that the most important issue we have today is the climate or the environment. No, it is not the main issue. The main issue is that people need to accept Jesus and be saved. 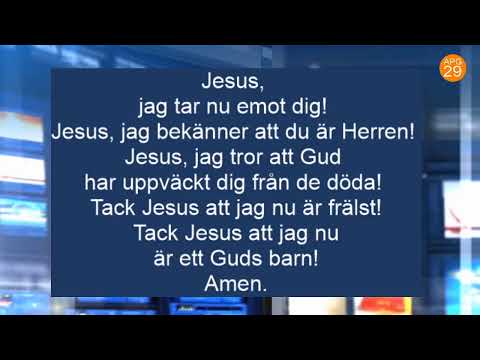