The truth about Lucia. 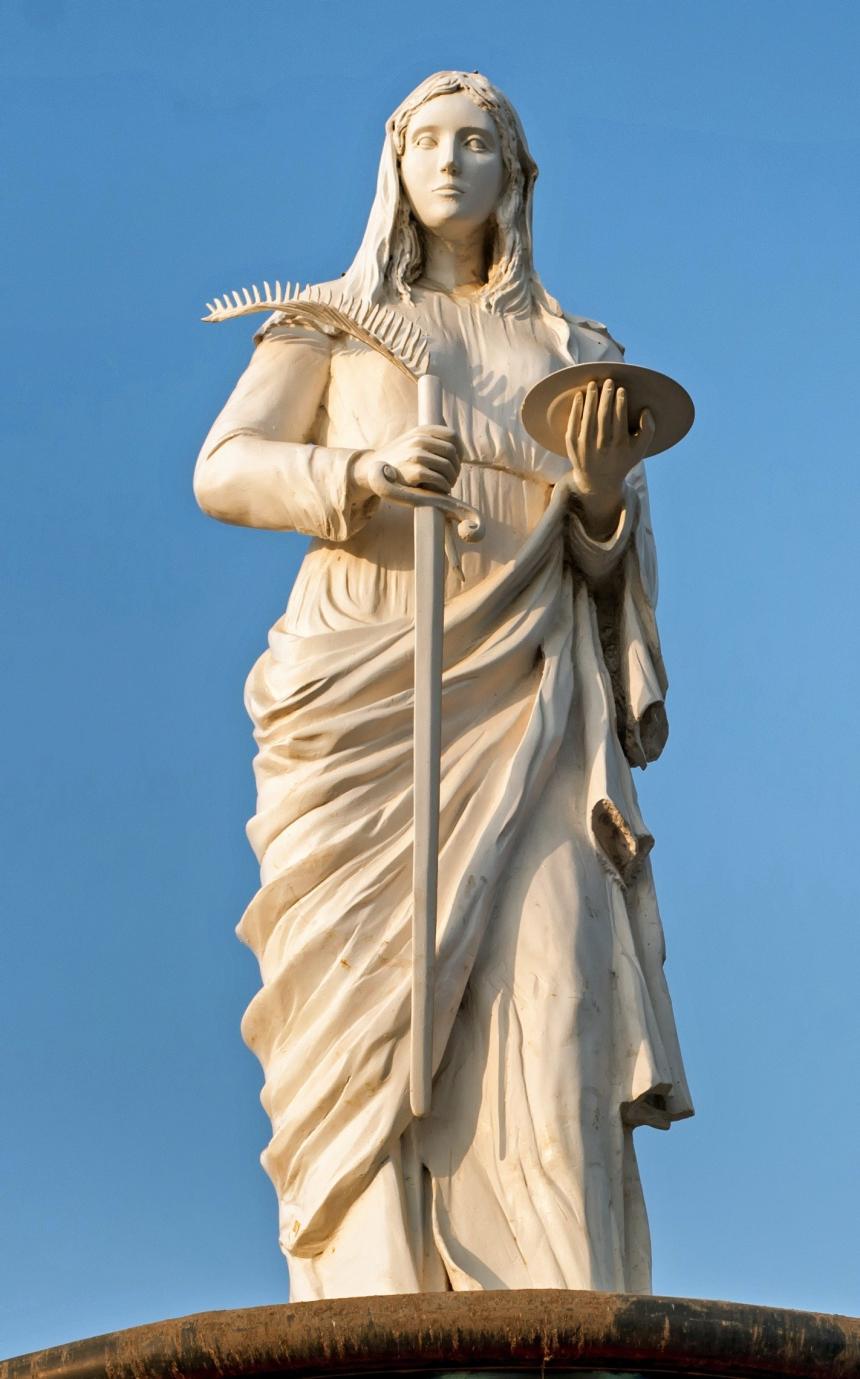 Lucia is a Catholic saint who many worship in December. Among other with their different Lucia train, both in churches and in secular contexts.

Saffron The cats name was "Solbröd". "Saffron Bread" comes from "Lucia" and means "Lucifer's bride." Lucifer is a name for the devil. In other words, it means "Devil's Bride".

Think about it when girls and adult women dress up as Lucia with candles in her hair. Who is it that they actually dress up as? And who is it they espouse?

When people sing and proclaim that it is Lucia who brings light so they have replaced her with Jesus. She has become an antichrist that is, instead of Jesus.

For it is Jesus who really brings the true Light! It's him we'll praise and worship. Not a dead "saints" who have been dead for many years.

The custom of celebrating Lucia is from a pagan origin.

The Catholic Church "Christianized" the pagan Lucia celebration with start to celebrate Saint Lucia. But to celebrate a saint is of course equally wrong!

Lucia has not been celebrated long into the Nordic region

"Lucia" or "Saffron", which means "Light," has not been celebrated in Sweden or the Nordic countries for long.

It was in the 1700s that they began to celebrate Saint Lucia - before she was almost completely unknown.

But midwinter has been celebrated for long, and as a representative of the dises or female protective deities, became "Lucias" figure honored and glorified.

This occurred on Midwinter Day on 13 December.

The oldest story of "Lucia celebration" comes from Prokopios, as the 500's down in Greece wrote about "Ultima Thule".

"But when ten days remained of the eternal night, climbs a messenger up on one of the high mountains, which are in these parts, and where he lights finally a bonfire, to the peoples who live in Dalarna below, he seen the sun rising far away, and that the 40-day long the night will soon be over. Then take the women in the northern country up torches and candles, to adorn themselves, and are clothed in white robes, and if waist, they have something red, or a belt of straw. "

The female demo system Lussi is the basis of Lucia.

The winter solstice took place around December 13 in the Middle Ages. Then ravaged the female demo system Lussi.

The demon Lussi is thus the rationale for Lucia. Lucia which falls on the thirteenth of December was once more associated with the devil's name Lucifer than with the Catholic saint.

The celebration on December 13 is old but the name and the association with the saint Lucia is fairly new.

Lucia is celebrated in Sicily. There they made her into a plot like figure.

In Sicily takes Lucia receives food from the children and hand out gifts for them and she has a flying donkey. Can someone spotted her throwing her ashes on the person's face.

Saffron cat's name does not originate from the Saint Lucia but from the devil's name Lucifer.

To scare away the "Saffron" (Lucifer - Devil), colored man buns yellow with saffron.

As usual, the Catholic Church mixed up with superstition, the Christian faith, the devil and demons when they have created their saints.

We need not saints or demons. We need Jesus Christ. It is only Jesus who is the Light and he gives us light when we believe in him!

Lucia is a Catholic saint who many worship in December. Among other with their different Lucia train, both in churches and in secular contexts.

They worship the dead "saints" but they understand that they worship and are guilty of idolatry.

"But I do not worship Lucia!" proclaims you may appalled. Have you been singing "Santa Lucia" at some point?

The name Lucia comes from the same word as Lucifer - the devil. Believe me, the devil will certainly not light.

But when people proclaim that it is Lucia who brings light so they have replaced her with Jesus. She has become a antikristlig symbol that is instead of Jesus.

Lifting up Jesus instead. It is he who lights up the darkness.

Isaiah 9: 2.The people who walked in darkness have seen a great light; on those living in the shadow of death country shall light shine forth.

John 1: 9. The true light that gives light to every man was coming into the world.

Lucia is celebrated December 13 in Sweden and some other countries. Lucia is celebrated both in different churches, secular and commercial contexts. Because it's fine to celebrate her secular and commercial contexts, we understand that it is not Christian. Had it been about Jesus Christ had not been highlighted in such contexts. Lucia has not nothing to do with the Bible to do. She is a recent inventions. The legends about Lucia is also not biblical, but really pagan and shady.

Lucia is a Catholic saint who was canonized 100 years after his death. She was executed in Syracuse in Sicily in 304. She was accused of being a Christian, and this was considered to be a rebellion against the Roman emperor.

There are several legends about Lucia and it's hard to keep them apart. One is that she went with food to Rome's underground catacombs where Christians were hiding. To see where she went in the dark tunnels, she put candles on her head. There you have custom why young girls have a chandelier when they imagine Lucia.

The eyes of a barrel

She is often depicted with his eyes wearing a barrel. There is a legend that she tore out his eyes to a pagan prince who could not marry her. Then it grew out new and better eye on her.

In the Catholic world, she eyes patroness and Ophthalmologicals invoked her name. Lucia is also the patron saint of Syracuse.

Light in the hair

On December 13, then usually Lucia bringing light into the hair, but it is not she who brings the light, it is Jesus. And he not only comes with the light - he is the Light. It is important that we do not do things that take away our gaze from Jesus.

The name Lucia comes from lux, which means light. Notice the similarity with Lucifer, who is a name of the devil!

Promise not to marry

Another legend is that Lucia had promised God not to marry. When a young man could not marry her, he indicated her for the Emperor in Rome that she was a Christian.

She was sentenced to forced to work in a brothel. When they came to fetch her, they could not upset her. Then they tried to burn her at the stake, but when it also failed beheaded they her. The red band around Lucia's waist is a symbol of her blood that flowed.

In the Nordic region, we are quite alone to celebrate Lucia at our intensive way. But there are traditions in some parts of Italy. Gifts are distributed to Verona's children on Lucia Day in memory of Lucia protected them from the 1300s plague!

In the city of Syracuse wearing it for a week in procession a statue representing Lucia few hundred kilos. Also in town Amaroni in Calabria they celebrate Lucia in a procession, but in the company of another of the city's patron saint, Santa Barbara.

It may seem that to celebrate Lucia so highlights the Christian faith, but it is not really the case. It is better to highlight Jesus who is the true Light was coming into the world and he gives light to all people! (John 1: 9)

They are things that want to get your eyes away from Jesus so that you will not be saved. The Catholic saint is one such.

It is important that you do not let anything take your eyes off Jesus. It is only Jesus who alone is the Lord and Savior!