Halloween - a night full of demons

Facts about Halloween. Halloween is nothing more than an old pagan custom that no one should engage in, least of all a Christian. Death and evil is glorified. 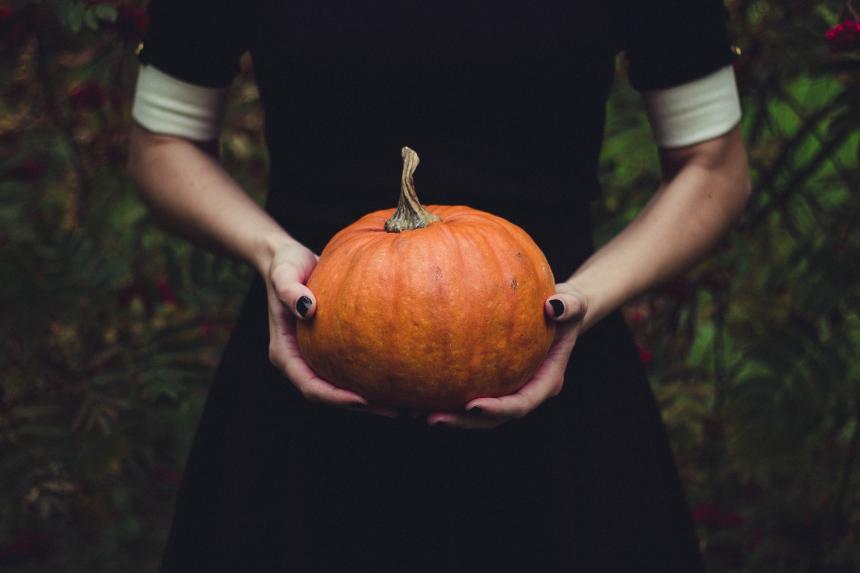 In the 1840s, took mainly Irish with him this Celtic celebration when emigrated to America. In America, it has become a big feast, even among Christians and is celebrated on October 31. From America, it has "Americanized" for some years, returned to Europe with hollow "skulls" of pumpkins, witch-set, gruesome masks, scythes, devil forks and tombstones in plastic or wood.

"So that's how they kill, grandmother, father, siblings, friends would look like if they returned from the dead as ghosts, skeletons and demons!"

Halloween is a pre-Christian pagan phenomenon that has originated mainly among people team Celts. These were originally from Asia Minor, even from Galatia (modern Turkey).

The Celts are mentioned in European history, the first time around 500 BC, when after a migration lived in the then northern part of Europe; the area around the Danube and western Germany. In Europe, they went by the name "gaeler" or "grid".

During a violent expansion time the Celts expanded their area, west towards Belgium and particularly to Britain, especially Ireland, south to Italy and Spain and eastward to Asia Minor, where they again settled in Galatia.

"Galates" was also the Greek name for the Celts. Gradually came Scotland, Wales and Ireland in particular, to be regarded as the home of the Celts. Celtic religious festivals, and life in general, was led through occultism and the exercise of power by the druids (priest-kings). Ritual sacrifice of plants, often Mistletoe and cooked food, gladly bread, were common elements, but also human sacrifices occurred (see Lindow Man in Manchester, whose skeleton was discovered in 1984).

Stonehenge in England is considered among modern seekers in "keltism", to be a highly effective collector of magical power. This is where the modern day witches and shamans to sÕances and ritual celebrations. The Celts celebrated the harvest festival and the New Year on 1 November. It was a pagan holy day. The party marked the end of the summer and thus death and autumn dark entry in nature, which in itself meant the new beginning of life. In the earth, in the fallen leaves, sprouted fresh bulbs.

At this time of year meant also, that the veil between the living people in the world and the dead world (between incarnations) was thinnest. The evening before the New Year, this "holy evening", the "Hallow Eve", ie October 31, when they had the idea that the dead, at least those who died during the past year, and others, both good and bad energies and spirits - returned to earth under the management of life and death god (light and dark) Samhain. He ruled both in the cosmos and in the underworld.

On 31 October was therefore both all living and dead evening. It is also called "Ancestor Night," "Anfðdernas Night" or "ancestors' night".

A meeting with the white and black magic

When the dead, and other energies and spirits, came to Earth this evening, had to, on the one hand, lit candles and bonfires for the good that they did to the places where they were welcoming, identify with them, appease them by to look like them, and on the other to confuse predators and scare them back at once, look worse than them and keep the house cool.

Light, fire, blood, symbols of death and darkness were mixed. White and black magic were met, with the edge of the black magic. Druids lit large bonfires to scare the dangerous creatures such evil witches came flying. People were asked to put out the household's own fire and instead download new fire by the Druids fires to protect themselves.

Those who came from the spirit world, could both give gifts for the New Year, for example, the promise of the return of light after the fall and winter and good fertility in the coming year - or download the souls of those who died this evening / night, even require human sacrifices for the new year. It concerned benefits or curses.

Here is the basis of some contemporary children's issues at the door the night before All Saints Day: "Candy or bus", "Trick-or-treat" ( "Spratt or gift"). Samhain was being told both the giver and the Grim Reaper. So it was expected to respect. The Christian Church's feast of All Saints Day, arose to triumph over the pagan Celtic harvest festival.

And an early Irish Christian custom was to beg for bread in the houses, and in return, pray for the souls of the dead relatives. Eventually there was a confusion, perhaps an occult answer "f—rkristnandet" - even pagan sacred groves and high places had been cut down and replaced with Christian churches and cemeteries - so that "all the living and the dead night," the pagan thought, was, some up move "Allahelgonaafton", in other words Halloween.

In the 1840s, took mainly Irish with him this Celtic celebration when emigrated to America. In America, it has become a big feast, even among Christians and is celebrated on October 31. From America, it has "Americanized" for some years, returned to Europe with hollow "skulls" of pumpkins *, witch-set, gruesome masks, scythes, devil forks and tombstones in plastic or wood.

Some data suggest it was a company with jokes as 1991 began the launch in Sweden. A flyer from a food chain a few years ago was: "So gather your sp—kkompisar and devil friends to a real Halloween party and get ready for a night full of demons."

So that's how they kill, grandmother, father, siblings, friends would look like if they returned from the dead as ghosts, skeletons and demons! Why dress it does not then more like so-called good spirits and "angels" in occultism, if you want to emulate their relatives and friends who died - and that now means going back?

Obviously Halloween celebration for most Swedes just an innocent game, without any thought that it would be something else behind. But why should the dark and it is uncomfortable to be highlighted? Is scare spell the inherent anxiety?

Kidding man with death in order to get away from responsibility before the actual death? Halloween should be seen as a necessary escape from reality? Yes, Halloween is nothing more than an old pagan custom that no one should engage in, least of all a Christian. Death and evil is glorified.

In school, children learn to renounce violence. And it speaks so much about protecting the children, first of all think about the children's best interests. The humanism and the name of freedom offered at the same time these children of death and violence symbols in schools, the media and society in general. Double standards and naivety, I say! How great our need for a party than here in Sweden during the long and dark autumn, Halloween is not a good example!

Please mark, as a Christian, in the spirit world and in the public debate on this pagan child-unfriendly evening. But Respond while playing costumed children in a Christian wisely. Say, for example, kindly, that you do not celebrate Halloween. Harder than it usually does not actually be. Trying to "Christians" Halloween, I mean the other hand, is the wrong way to go.

* According to an Irish legend, there was a wicked blacksmith named Jack. Jack tricked the devil and made him promise never to claim his soul. When he finally died, he was denied entrance into heaven because he caused so much on earth. Then he also could end up with the Devil, he remained a wandering soul on earth. He asked the Devil to at least get a lantern. Devil la when a small fire in the hollow turnip Jack ate of. Since then he wanders restlessly around with his "lantern" and looking for a place to stay. In games and folklore called one such lamp for "Jack-o-lantern", particularly aiming to scare away evil spirits with.